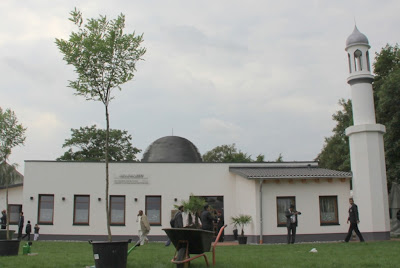 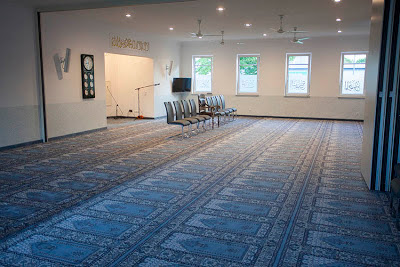 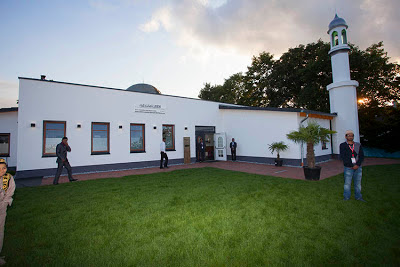 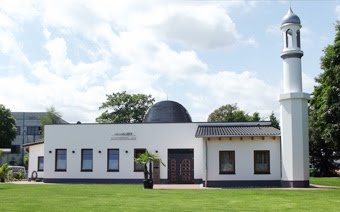 This beautiful new mosque was inaugurated on Tuesday, 25 June 2013 by his holiness Hadhrat Mirza Masroor Ahmad, the 5th Khalifa of the Promised Messiah (AS).

On 7 November 2009, the foundation was laid for the mosque. It cost around 500,000 euros, has a floor space of 371 square meters, two prayer halls, each 70 square meters and a ten-meter-high minaret. In addition there is a guest room, an office and a kitchen.
Posted by twitter.com/AhamdiyyaMosque No comments: 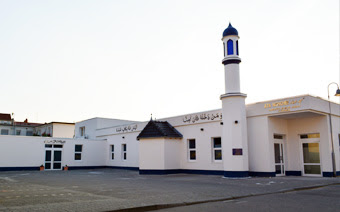 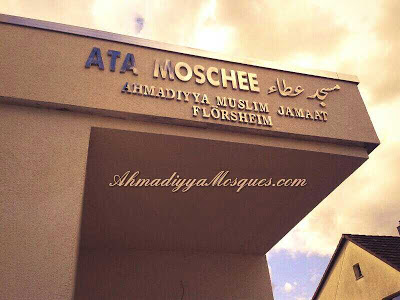 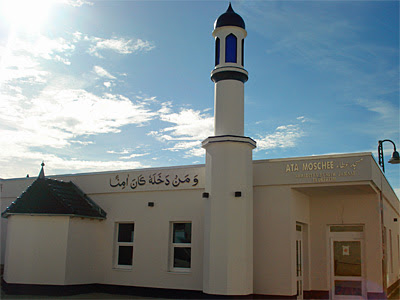 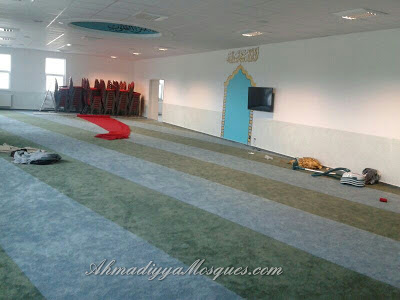 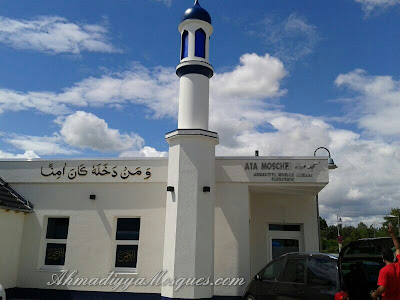 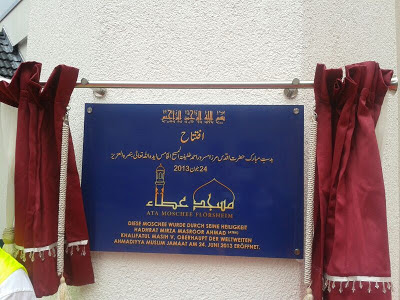 Ata Moschee
Built: 24 June 2013
Capacity: 750
Location: Flörsheim Hessen Deutschland
This former supermarket has been bought and converted into a Mosque by the Ahmadiyya Jamaat Germany. It is located right next to the main railway station of Florsheim. It has been inaugurated on Monday 24 June 2013 by his holiness Hadhrat Mirza Masroor Ahmad, the 5th successor of the Promised Messiah (AS).
We will update this post with new pictures as they become available.

The picture below is from before when this Penny Market was bought by the Ahmadiyya Jamaat and converted into a mosque. 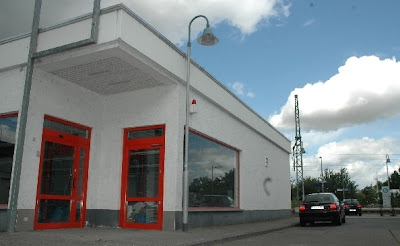 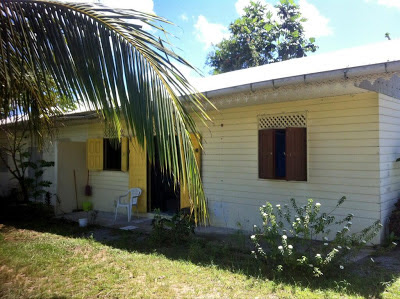 This is the first ever Ahmadiyya Mission House in French Guiana which was established in 2013. It is a new chapter of Islam Ahmadiyyat in this relatively small south American country.