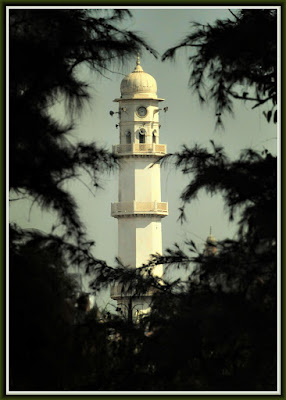 The Ahmadiyya Muslim Association is a divinely prophesied community through which the revival of Islam was foretold by the Holy Prophet Muhammad (SAW) in the latter days.

Just like in the Judaic faith the Messiah was prophesied and accepted by the Christians but rejected by the Jews of that time, the Promised Messiah of Islam Hadhrat Mirza Ghulam Ahmad (AS) came proclaiming his advent in 1889 in Qadian Punjab India.

Ahmadi Muslims are followers of the Promised Messiah and accepted his advent whereas mainstream Muslims are in denial and are apparently still waiting for him but have rejected Mirza Ghulam Ahmad as the Promised Messiah. We Ahmadi Muslims also believe that Hadhrat Mirza Ghulam Ahmad is the second coming of Jesus and many other Prophets of world religions who are still awaiting the second coming of their respective Prophets.

However the advent of the Promised Messiah was emphasised with significant prophecies that were clearly fulfilled. Through pictures of Ahmadiyya Mosques I would like to present to you the truthfulness on which our beliefs are based and the fact that our community is flourishing and growing throughout the world at a fast pace and in great numbers. This progress is highlighted through the establishment of beautiful mosques in all parts of the world underlying the importance of the revival of Islam through the Promised Messiah in the latter days. Today the community is established in almost 200 countries around the world.


Here are some of the facts of Ahmadi Mosques:

1. What role does the mosque play in the Islamic faith?
A mosque is essentially a God's house and is used for the worship of one God which we Muslim's call Allah. Muslims believe that the whole purpose of creation of the entire universe including our planet is the worship of Allah.

A mosque is a common place in which congregational prayers can be held which are more blessed than prayers performed on your own at home.

Along with that a mosque is a place in which the local community can meet regularly and discuss and resolve any issues and hold events etc.

2. Is there any particular significance to the architecture of your mosque?
Yes, the architecture of a mosque is important as this provides a visual cue and vantage point to alert worshipers to come and join the worship of God. In Islamic countries loud speakers are used in the Minaret which is usually high to call the whole neighborhood/town/village to the mosque five times a day.

The overall external architecture can be adjusted to the location of the mosque so that it fits into the culture and heritage of that place. However it must have certain things such as a Minaret, Dome, prayer halls (one for ladies, one for gents), ablution facilities and a Mihrab in which the Imam of the mosque would lead the prayers towards the direction of Mecca.