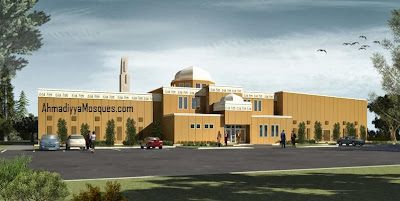 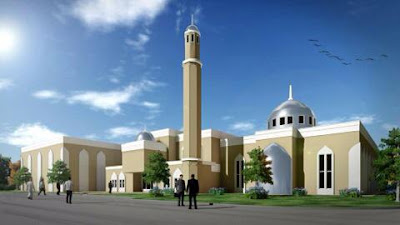 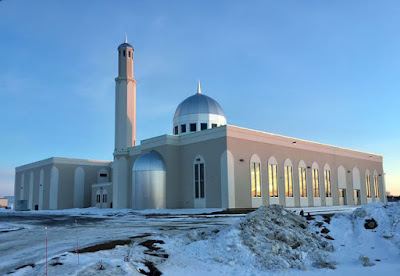 Ground breaking ceremony was held on the 5 October 2013 which was attended by the Ameer Jamaat Canada Malik Lal Khan Sahib as well as many Dignitaries from municipal, provincial and federal level of government. The $6 million project was completed by the grace of Allah in 2016.The 25,000-square-foot mosque was built across from the Greenbryre Golf Course, just outside city limits in Corman Park near Highway 16. Topped with a 100-foot minaret, it features classrooms, a sports facility and separate prayer and event halls for men and women. The Mosque was inaugurated by his Holiness Hadhrat Mirza Masroor Ahmad, the 5th Khalifa of the Ahmadiyya Muslim Community on his 2016 tour to Canada.
Posted by twitter.com/AhamdiyyaMosque